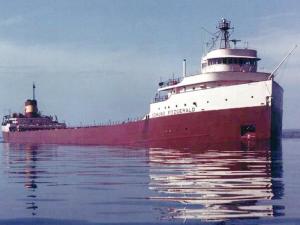 Common sense has it that TV weather people are clueless about accurately predicting rain or sleet or sunshine. The manufacturers of bread, milk and toilet paper count on their ineptness when forecasting winter sales revenue. Last night half of the United States endured record breaking cold (AKA, ‘freeze your butt off”) and snow blankets many homes in the lower forty-eight. The witch of November has come stealing. Nature has dealt a serious blow to residents around the Great Lakes that called forth a State of Emergency not associated with protesters in a Mississippi River port of call. The gales of November have arrived in a fury reminiscent of the one that sank the Edmond Fitzgerald.

Was this predicted? Champions of Global Warming – or as I prefer to call it, Global Chaos – say, Yes. A bad storm off the Sea of Japan blew into the Bering Sea with enough clout to cold cock the Polar Vortex and send it spiraling south with a full boat load of frigid polar air. Labrador retrievers in Ohio are sensing polar bear farts in every other sniff of icy wind. Polar bears at the Omaha zoo point their nostrils northward while drooling at the faint scent of Eau de Baby Harp Seal.

What’s next? Rather than consult weather pin up Jim Cantore we should pull on some cold weather gear and check out the neighborhood beavers and ponds. Beavers were once prized for their hides that were turned into really warm coats and stove pipe hats (made the PETA hatters stark raving mad). Beavers aren’t smart enough to escape many a trap – but they are great predictors of the upcoming winter weather. Like the brick-building-third -little-pig they build their homes to last. Beavers intuitively understand just how hard they need to work to protect them from the cold long before the big lake they call Gitchee Gumee freezes. When beavers sense an especially heavy snow laden long winter they build sturdy, thick lodges that block a lot of the water mass. If you see a McDamansion – count on a rough winter. If the dam looks like it would fit right into a Tornado Alley trailer park – plan on a mild winter. 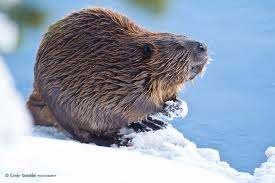 Don’t see a dam? Check out a nearby pond, “ice in November to bear a duck, the rest of the winter’ll be slush and muck.” It was 10ºF last night but the ducks in our lake are swimming merrily about today. So much for a balmy forecast of warm breezes melting off the snow that leave us with muddy boots most of the season.

Given that most of the oak trees in town still wore their leaves well past October and there are all kinds of berries hanging off tree branches in the yard – I’m predicting this winter is going to be colder than a well digger’s arse. Last July, Lake Michigan steamed like a young man’s dream and flipped her deep cold waters to the surface. Right on cue beavers started adding insulation to their dam homes and the firewood sales people made reservations for luxury spring vacations. Dean Martin swooned it best, “Baby, it’s cold outside.” 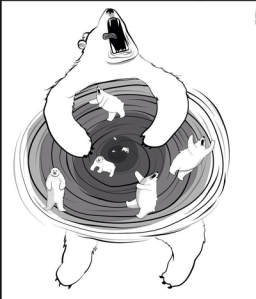 Homage to Gordon Lightfoot who wrote the lyrics of The Wreck of the Edmond Fitzgerald after reading an article about the tragedy in Newsweek Magazine.

Comet 67P orbits the sun at 85,000 mph. It is more rapid than eagles. Ever since I graduated high school in the summer of ’69 (mid 20th century) when 67P caught some astronomers’ eyes – a bunch of scientists have wanted to sail aboard this chunk of icy rock. They built a ship for sailing 310 million miles across space that “as dry leaves that before the wild hurricane fly, when they meet with an obstacle mount to the sky.”[1] They christened the space vessel Rosetta and for a decade its been following Comet 67P like Cat Steven’s Moon Shadow. Rosetta stayed its course to a new port of call. Because of this bold voyage, as Major Tom said while floating in his tin can, “The stars look very different today.”[2] 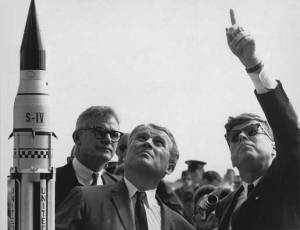 JFK, himself an avid sailor, declared space the “final frontier” long before William Shatner’s opening line of Star Trek. Over half a century ago he credited the true grit of pioneers who sacrificed their safety, comfort and sometimes their lives to build our new West. Kennedy praised those who slipped past the boundaries of the now standing St. Louis Arch as people who were not “captives of their own doubts, nor prisoners of their own price tags.”[3]

Why bother with an expensive rodeo ride on a chunk of star dust? Easy answer; because there are so many unanswered questions about our world. Are we alone? Is any body out there? Buehler?

And there’s another thing earthlings don’t know. What one sees of our planet from space is mostly water, and what physicians know makes up a human being is, mostly water. JFK was at the 1962 America Cup Race when he explained, “All of us have in our veins the exact same percentage of salt in our blood that exists in the ocean, and, therefore, we have salt in our blood, in our sweat, in our tears.” Where does all that salt and water come from? Scientists think that just maybe water came to Planet Earth from space – riding a comet just like 67P.

Naming space ships is as sacred an honor as naming any boat on earth. Yesterday, Rosetta sent its dinghy, Philae to set its harpoons into 67P’s rocky surface and begin the ultimate Nantucket sleigh ride, “On, Comet!” Rosetta was named for an inscribed piece of volcanic rock – that’s a stone that once flowed like water from a fiery hell – that allowed scientists to crack a language code and read Egypt’s past. Philae was named for the island on the Nile River where the obliesk was found. Today it’s anchored on an island in the sky. What code will it crack? Who could we come to know? What has flowed into our lives via comets just like 67P?

It’s good to know that there are still pioneers on earth willing explore the New Frontier because it’s here whether we chase moon shadows, play space cowboys, or cower in the dark. It is comforting to know that science still probes the mysteries of the heavens despite the hefty price tags only Richard Branson can afford. A better understanding of a single virgin comet may help humankind better understand why it is that “when we go back to the sea — whether it is to sail or to watch it — we are going back from whence we came.”[4]

From sea to shining sea