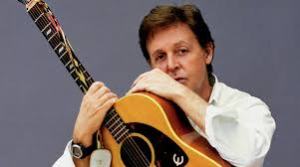 Relationships change as people move on through life. It’s a pretty simple truism. If my best friend from high school never moved on we’d both still be lusting for Paul McCartney, skipping school to sneak to the beach, and craving hot fudge sundaes before bed time. Okay, those things might remain constant for half a century (but if  Sir Paul, who is way past 64, was out ‘til quarter to three, I’d lock the door) – but we certainly are not the same bodies or minds that were bonded by young friendships. As we grow older all of our relationships are impacted by Newton’s three laws of motion.

Yes, as in Isaac Newton – the guy who figured out that it’s natural for things to resist change and prefer to, keep on keeping on, in the same way and at the same speed. Knock back 50 years to friendships back when, “will you still love me when I’m 64” was a hit –30 was too old and 12 was too young to appreciate the finer things in life. We just kept paddling toward the future, the zeitgeist, the thought that binds each generation, was the promise of a good life – one that would be even better than our parents enjoyed. The future was just a stroke or two before our bow. Life was but a breeze.

Then along came the college graduation requirements, career launch, marriage, kids, and mortgages. Newton’s second law kicked in. As responsibilities became heavier it took more force to move us along with the same people doing the same things we did back in the day. We drifted towards other people and sometimes it seemed to take an awful lot of effort to force ourselves to play with our old friends. Commitments and deadlines shifted our balance away from some friends and towards new friends.

Regardless of one’s age, the Newton’s third law should be respected across relationships. If we force ourselves into somebody else’s social circle, we should expect to be pushed just as hard in the opposite direction. The laws of motion interact, if we’ve always been pushy, until we’re social pariahs, we’re going to keep moving to and from people – some will become friends, others will not. It’s simple nature. 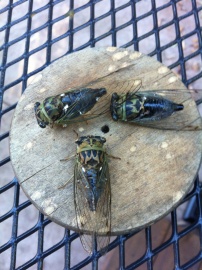 Ask anyone along the eastern seaboard or Midwest who has been outside during these waning days of summer – and they’ll confirm that life is ment to be shared with others of similar dispositions. They’ve heard the raucous, ear drum blistering beat of a billion circadas’ wings. Their harsh song dominates the air as each emerges from a 17 year down-under, solo, dark phase of development. They emerge with one unified passion – meet and mate according to Law #1. Each will belt out a grating serenade until it finds love or lust – either will do – brief hook ups are  not an issue for millenials. The couple will join forces -move as one – and resist any changes to stop. It’s a joyous celebration of Law #3, for every action there is an opposite and equal reaction.

Listen again – that’s Ode to Joy you hear being sung in the trees. Silence will prevail later as Law #2 emerges, and it always does, because heavier objects require more force to move the same distance as lighter objects. Lust satiated, passions wane, and the heavy weight of the female’s duty to lay eggs quiets the symphony. All that’s left for us by season’s end are the quickly tossed aside outerwear scattered under the trees.

To be relatively assured of hearing the next generation of circadas, abide by Sir Isaac’s first law – don’t stop moving because once you stop it is going to take a whole lot of force to get up and keep up with friends. This means playing with and supporting friends beyond a post on FaceBook. Be Newtonian; expect changes and alter your pace because it’s impossible to avoid unbalanced forces. Don’t let the weight of the world weigh you down so that those with lighter dispositions seem to dance while you slump. Stay in motion because someone’s going to need you long past sixty-four. 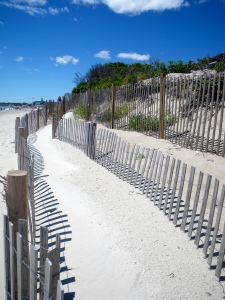