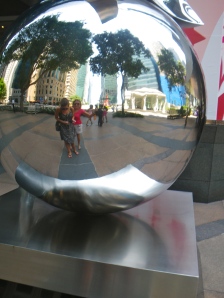 A bubble of time with 2 generations. Singapore. 2012

Midway through a stack of vinyl is a vintage Byrds’ album with one of my favorite adolescent anthems, “I was so much older then, I’m younger then than now”.  I hummed the refrain a few times yesterday and couldn’t remember a single verse. Why in the heck had it been a favorite song beyond the catchy tune?  And what was Bob Dylan thinking when he wrote this refrain? Was I smart enough back then to get his message? And since I’m clearly confused by it today, am I getting dumber or losing my smarts as I gain wrinkles and stray grays?

Maybe. Like many teens, I was dumb enough  to believe that I was smarter than old people – that’s anyone over, say, 20. Take reading for example, let’s think of it as a capstone on the Smarts Scale. All I had to do to confirm my smarts was look at my immediate family’s reading habits. Pop did crossword puzzles. Grandma consumed mystery novels. Grandpa checked the racing forms. Mom got a daily humor fix by reading Erma Bombeck’s column. My younger brother didn’t even read the articles in Paul Frisco’s Dad’s stolen Playboy magazines hidden beneath the fake floor of their tree house so my BFF, Cecilia and I found them, read the articles, and subsequently burned them.

I just knew I was so much smarter than everyone in the house. Yet here I was, my parent’s first born who got suspended in 8th grade for being caught in the school library reading a banned copy of Catcher in the Rye. It was hidden behind the tattered book cover of a copy of the Bridge Over the River Kwai – which for some weird reason was required reading. I was too dumb to realize that any librarian worth her sequined reading glasses could clearly see that a girl totally engrossed in a required book was hiding something. I’m pretty sure this is true because she ignored Pete Nickerson who was sitting right next to me with Ann Landers Talks to Teenagers About Sex carefully concealed behind a Bridge book cover with Muchilage glue dripping off the binding. 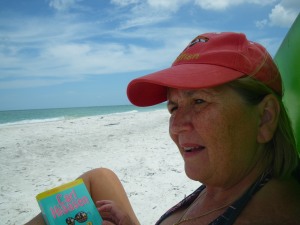 The difference between being smart and being wise is pretty close to the difference between the planets Mercury and Jupiter. A lot of smart people simply don’t have a clue about the value of a vowel. They don’t see the difference between being human and acting humane. Researchers, most of them twelve year olds with a vast collection of white rats and lab coats, tell us that as we age we lose some smarts. They use fancy terms (to impress lab rats) such as diminished cognition, declining short-term memory loss, and weak cognitive flexibility to describe old brains. Other researchers soothe their anxious grandparents (who joke about walking into a room and being clueless as to why they are there) by using more gentle terms (Senior Moments) to dismiss anxiety that’s associated with losing one’s smarts.

Getting old ain’t for sissies. At a certain age people develop a higher degree of self-insight. They get a pretty accurate read of how others view them by gauging the quality of their relationships with others. They know good and bad are inside and outside of their minds and bodies. They connect with a period of time by embracing the quirks and nuances of their generation. I can see mental images of Woodstock (the vinyl album) when anybody greets me with “Peace Out”. Until a moment ago when I googled, I swore I remembered hearing the Byrds on that album, but now I know they thought it was just another ordinary gig and skipped the show.

Aging has some other challenges – like finally understanding that like it or not, our priorities and values are not absolute. We accept ambiguity as nature’s way. This understanding is known as wisdom. It doesn’t replace smarts – it’s a value added aspect of growing – older, and up.

It takes a great deal of quiet reflection to learn enough about life to accept that your feet don’t move faster but what you know seems to be getting vaster, and what you’ve forgotten doesn’t necessarily slow you down. Wisdom helps us to get a handle on our emotions in ways tune us into other people’s feelings. Wisdom enables us to give of ourselves and experience joy from simple acts of contributing to the whole.

I remember more positive things in my past, don’t think much about the bad times, and am very hopeful that the rest of my life is going to be mostly wonderful. I’m pretty sure if I work and play nice with others they’ll reciprocate. Besides, I’m younger then than now. 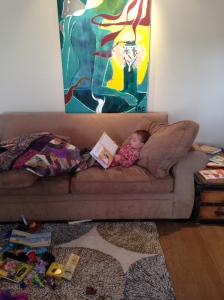 Wake Up, Maggie’s Got Something to Read to You Photo BGL

One thought on “Wise Up”