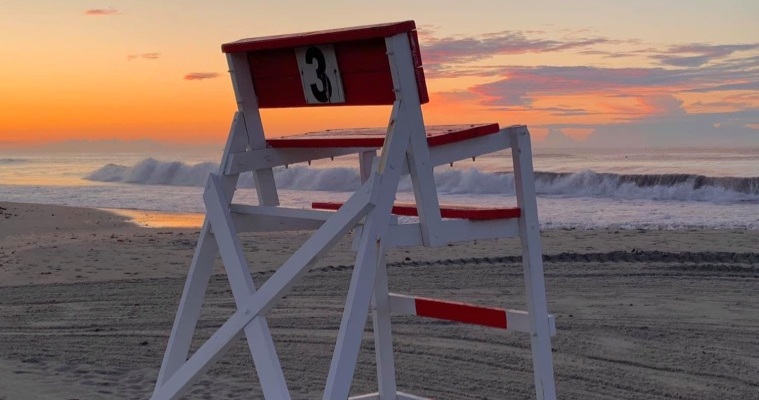 Fireworks blazing in the night sky on the 4th of July, not the longest day of the year, are the starting shots that herald the arrival of American summertime. Let the games of summer begin! Summer reigns great power over the imagination as we all contemplate all of the things we are free to do.

Coming of age a couple of miles from Long Island Sound, each summer brought forth a new sense of independence. When the birthday candles reached double digits, my parents brought forth the first rules of freedom; “get outside early, drink from the hose, don’t hurt your siblings, be back in time to wash your hands for dinner.” Freedom to go to the beach unsupervised by parents required passing obligatory early morning Red Cross swim lessons. They were always scheduled for before the fourth of July during the first week of high tide (frigid but clean water) and finished the following week at dead low tide. The swim test was at low tide when the water was warmer but smelled like Sulphur and rotting fish. I was informed by our biology teacher that this distinct, obnoxious tidal scent was due to sex pheromones produced by seaweed eggs to attract sperm. A few years later I understood that bikinis served the same purpose.

Transforming from a teen to a young adult brought forth the understanding that if my passion for playing with boats was to endure, I’d have to learn to take care of myself, my boat, and everyone else aboard. I accepted the notion that the freedom to explore coastlines came with the burden of responsibility for my decisions. Reading the skies and listening to weather forecasts do not ensure a calm day on the water. Being careful was part of being responsible. If either of those traits were absent, my decisions could jeopardize the crew’s wellbeing. Playing it safe on the water seemed to be a small cost of freedom. I violated the rule once (as most youth do), sauntered into harm’s way, and nearly drowned behind a sloop pirated from a friend’s parents.

This 4th of July is different. There are no fireworks scheduled in coastal communities. Yet the spirit of freedom burns brightly as star spangled buntings are hoisted and flags wave jauntily in the sea breeze. There is an undercurrent though that is binding some folks together while tearing others apart. Wearing sunscreen is an option. Wearing a mask inside public places is not an option. I don’t know the odds of getting skin cancer compared to spreading the virus. I do believe communal liberty depends on respecting and caring for others. The poet Kahlil Gibran, whose poetry guided me through teen angst-ridden summers that smelled like Johnson’s Baby Oil and Noxema, said it best, “let there be spaces in your togetherness.” Let the love for independence and community be like “a moving sea between your souls.”